This article originally appeared on Sullivan’s blog at sullivannyc.com/blog/how-badly-managed-email-can-kill-your-customer-experience

It is hard to argue with the fact that Virtual Reality (VR) and Augmented Reality (AR) are both reaching a critical inflection point in reaching a mass audience. When then 18-year old Palmer Luckey started tinkering with a virtual reality headset in his parent’s garage, not many people took notice.

The basic premise of virtual reality is that it immerses a user in a world that isn’t physically present; through the use of 360-degree video and animation, immersive sound, and varying levels of interactivity, virtual reality seemed like another fadish genre with no clear business application. But when Luckey launched Oculus as a kickstarter-backed startup in 2012 he raised over two million dollars. Oculus was later purchased by Facebook for over $2 billion, making him one of the richest Americans under 30.

The interest in Oculus and the recent release of their direct-to-consumer product (Oculus Rift), which is getting mixed reviews, suggests that the potential of this technology might be more than a gimmicky fad. The rise of Oculus as a phenomenon of fascination was followed in 2014 by Google’s surprise entry into the mass market of virtual reality headsets with their lightweight, low-tech Google Cardboard. Initially launched in partnership with Volvo as a promotional tool for consumers to explore the Volvo XC90, Google later partnered with Mattel on a stereoscope version of the classic View-Master toy, and had its biggest breakthrough when it sent out 1.2 million headsets to subscribers of The New York Times.

While Oculus and Facebook are focused on the uber-immersive end of the VR spectrum, Google is focused on getting as many people as possible to experience the potential of VR, with beautiful content created by the NY Times and other publishers. In the meantime, a whole host of others have entered the market at varying points on the immersive spectrum: some requiring a connection to a powerful PC (like Oculus Rift, Playstation VR, and the incredibly powerful HTC Vive Pre) and others focusing on untethered, mobile experiences (like Samsung Gear VR powered by Oculus, Google Cardboard, and the Auravisor). In just a few short years, the volume of platforms and content for virtual reality experiences has exploded.

Meanwhile, Microsoft, Epson, and Google have been busy building AR hardware and software that promises to provide powerful mechanisms to overlay content that is not physically present on live environments. Google Glass was a fabulous flop, but that didn’t deter Google from exploring AR further, and later this year in partnership with Lenovo they will release the first Project Tango-enabled tablet. Project Tango overlays digital content on the ‘real world. Using the camera on Android tablets it senses depth, tracks motion, and ‘learns’ to correct any errors it makes in its sensing. Users hold tablets to explore content that has a relation to the physical world but only exists digitally, as opposed to wearing a device as they did with Google Glass.

Microsoft’s HoloLens is an evolution of the Google Glass concept, where a user dons a pair of glasses to see and manipulate objects that are also not physical but are overlayed with the real world. It has inspired a frenzy of excitement, particularly in the gaming community for the potential it has to allow for untethered, mind-blowing experiences, but to date is only available for developers and at in-person demos. Epson’s Moverio Smart Eyewear pairs with a small, handheld android device and features a smaller profile set of glasses, with a professional model that has a depth sensing camera.

Content and practical applications for all of these new AR and VR devices are very much in the early stages, but the volume of activity alone suggests something big is upon us. Today it is predicted that by 2020 there will be over 150 billion dollars of revenue generated from VR and AR, with 120 billion dollars of that attributable to AR alone. It is estimated that there will be over 24 million VR and AR devices sold in 2018. If these predictions are right, a revolution is coming. The question is, why does this matter to businesses and what kinds of investments make sense now while the VR and AR markets mature?

It seems obvious that AR and VR will be huge in the entertainment and gaming spaces as soon as the platforms are mature and the right content is developed. My instinct is that it will be a few years before there is wide enough adoption of one or two platforms by consumers along with content that is high-enough quality before we see real impact in both entertainment and gaming. But AR and VR offer incredible potential for a few specific applications that brands should be thinking about now.

Both VR and AR offer the opportunity to create deeply immersive content that has a more memorable impact on your audience. By immersing users in rich sonic and visual environments, you have the ability to create emotional connections with your audiences that are deeper than other channels offer. There is also a growing (albeit controversial) body of scientific research about mirror neurons, which suggest that watching someone do something (i.e., a person dancing) lights up the same parts of brain that would enable the person watching to do that activity themselves. The implication of this is that watching and doing have a neurological link. This is magnified exponentially in VR and AR where multi-dimensional sound and visuals, along with physically moving your body amplifies the mirror neuron phenomena.

This is extremely powerful stuff, and it isn’t just for entertainment. If your brand thinks AR and VR aren’t for you, we suggest you look at your whole organization – the cutting edge work being done on these platforms right now is not where you might think it is (gaming and entertainment), but rather where the rubber meets the road. At Sullivan we’re excited by the many AR and VR projects we’re currently working on. If you want to learn more about how VR and AR can help solve your business challenges, reach out. 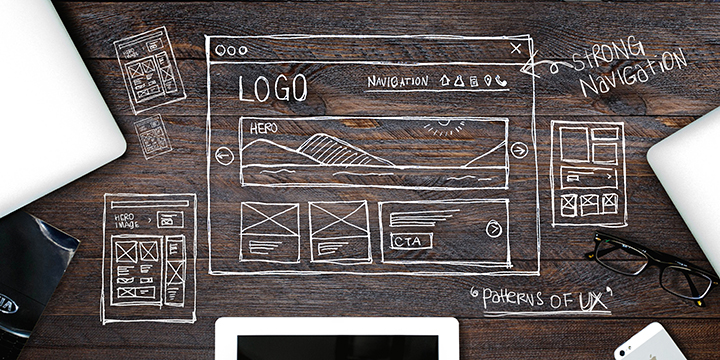 Principles for getting your digital front door right