Yesterday, I went for a walk in the Peak District with my husband Brian and our friends Mark and Richie. It was somewhat painful waking up early to be ready to leave the house by 9.30 given what an exhausting/intense week this has been for me, but it was totally worth it. This is a map of the walk we did: 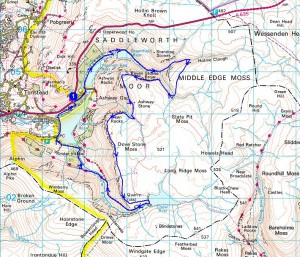 We got to the Dove Stone Reservoir parking area around 10.30am, with packs filled with water and the makings of a picnic. The walk is incredibly lovely and relatively easy-going for most of the time. It starts with a walk along Dove Stone Reservoir and then a gradual rise starts occurring which is gentle enough that our legs warmed up nicely without getting slammed from a sudden need to scramble straight up. Here are the first few snaps from the parking area and around the reservoir: 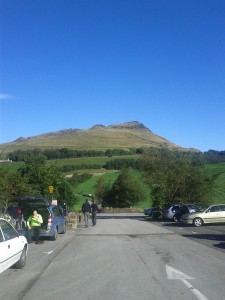 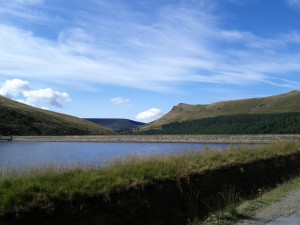 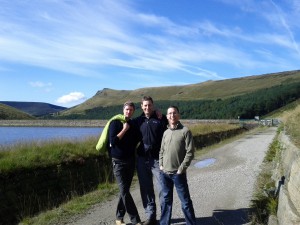 After passing two more reservoirs, the difficult part of the walk started which is a muddy scramble up a riverbed with a waterfall in it. Here are a few snaps from this part of the walk: 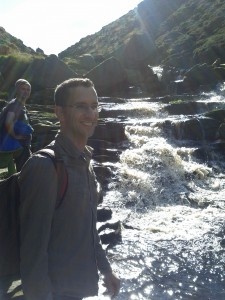 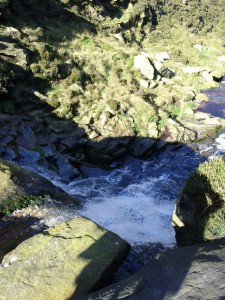 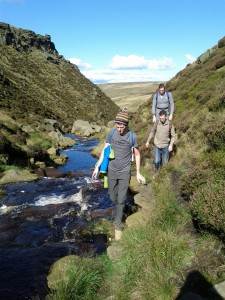 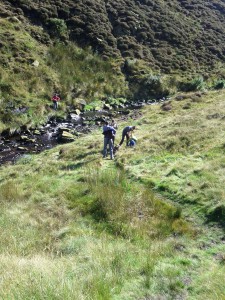 While scrambling up the riverbed/waterfall, we came across a few women who were a bit unsure as to where they were on the walk, so we guided them along a bit. There were a few very tricky spots that required a bit vertical climbing and in one of those spots we helped them up the side. Crossing the river to carry on with the walk proved to be rather tricky and again we met up with the women and an older man hiking on his own who we helped across the water. By this point, we all had muddy feet and slightly achy muscles but the views we were about to encounter were well worth it.

We climbed on a relatively easy, but incredibly boggy, path up to the top of the ridge and then walked along it, changing elevation a few times until we stopped for lunch on a rock outcropping. It was pretty stunning: 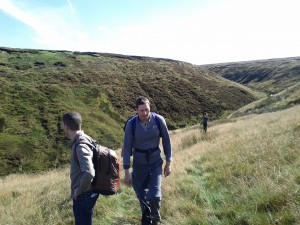 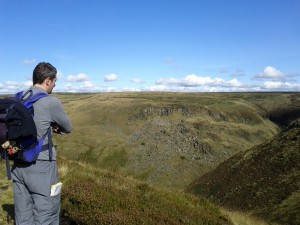 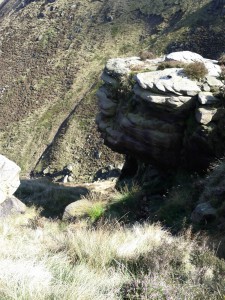 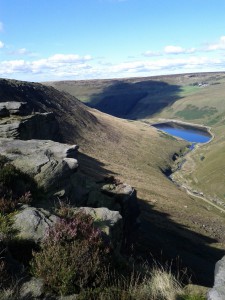 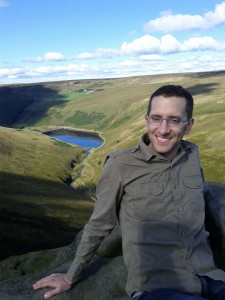 After stopping for lunch, we carried along walking until we came to Chew Reservoir (after an extremely boggy walk which resulted in totally muddied boots and pants), where we paused for a few moments before a long walk along the road back to the car park. A few final images from the walk: 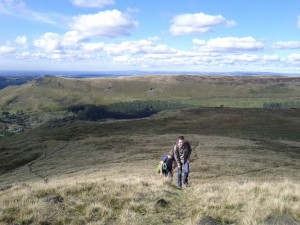 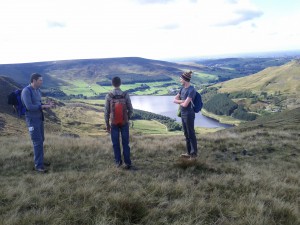 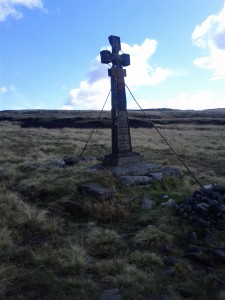 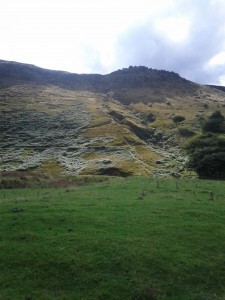 When we returned to the parking lot, we were all a bit beat… so while we changed out of our muddy boots, we had a little snack from the ice cream van that was conveniently parked by our car: 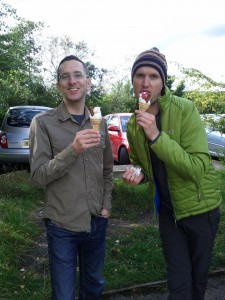 We hopped back into the car around 3.30 and headed back into the city. Mark and Richie dropped us at our house so we could have a quick break and a shower before heading back out together for the evening part of our day out of the house. We were still sitting in front of our computers chatting about the day and about job stuff when we got a text from the boys saying they were on their way back into town to meet us. We had super fast showers and then met them at the Bakerie tasting room for a wine tasting, which was part of the MCR food and drink festival.

We love Bakerie’s tasting room because it feels a bit like a Brooklyn wine bar – lots of warmth without a lot of pretension. They have lots of fabulous wines and a fair amount that are affordable without being nasty tasting. The wine tasting was a bit intense because of the way it was laid out in the space and because of how many people there were: there were about 50 people in a space that was really set up for about 30. Regardless, we had some super delicious wines (and a few we didn’t care for) and made notes about what wines we might buy next time we stop in. My three favorites were an Organic Austrian Gruner Veltliner that was absolutely incredible (and nothing like a lot of the sickly sweet Austrian wines I am used to), a Nero D’Avola made without adding sulphur (a rarity) that had a rather unpleasant smell but the most delicious, peppery flavor, and a light and easy Pinot Noir from the Alsace. We also had a rather good Bianchello del Matauro and a really interesting Spanish wine that I’ll definitely be bringing home soon.

We had a good time, despite feeling slightly cramped, and by about 8.30 we were really hungry. We had a long day of exercise followed by an evening of tasting about 30 wines (!) so we decided to treat ourselves to dinner at a lovely new French Restaurant called Le Relais de Venise (there are only four in the world), which only serves steak, salad and frites. It was a delicious end to a fabulous day of not sitting on the sofa and enjoying a bit of life outside of the stresses of work. 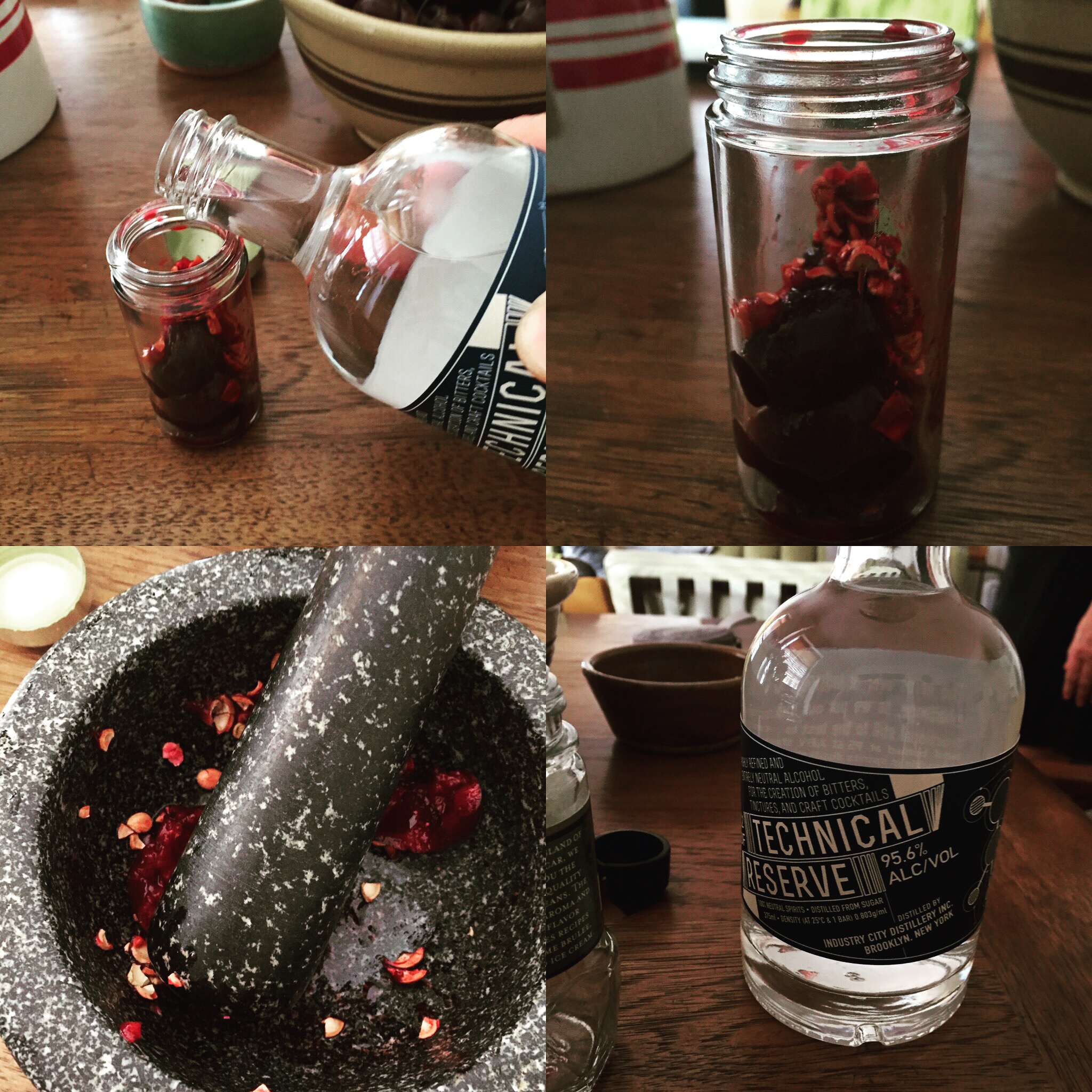 My Adventures in Bitters

Thoughts on TAPRA and Academia In General…