These are the notes I’ve written in preparation for our showing of The Good, The God and The Guillotine, which we are showing as a work-in-progress on Saturday at Tramway.

Director’s Notes:
I first encountered Camus’ L’Étranger when I was a teenager living in suburban central Florida, a land of flat expanses, beaches, concrete architecture and, at the time, the space shuttle program (now defunct). My introduction to the book came via the Cure’s song Killing an Arab, which is based on the scene in the book when the protagonist kills an Arab on a beach for no real reason other than the oppressive heat of the sun and a sense of momentum out of his control. In my obsession with the Cure, I discovered the source text, read it and was baffled, being too young to really grasp the significance of the book. Later, in high school, I read it again as part of a literature class and, being full of teenage angst, found the particular approach to existentialism somehow in synch with my evolving world view. I’ve been obsessed with it ever since and have wanted to find a way to respond to it that was not merely mimetic.
L’Étranger (translated as The Outsider in the UK, and The Stranger in the US) is famous for its unraveling of the absurdist psyche and existential thought. Camus’ branch of existentialism, as represented in this story, depicts the world as meaningless but not hopeless; instead of meaning coming from a higher power (a God), meaning comes from the individual. Often misread as being a tragedy or depicting a hopeless world, L’Étranger is, I believe, an exploration of what it might be like to live life in the present, without ceding control over the meaning of one’s actions to a higher power. If the world has lost a central, unifying (religious) structure, we are both empowered to shape our own destinies and responsible for our behaviors as actions in and of themselves. In other words, perhaps things just happen…perhaps the world is simply chaotic.
Just as Camus sought to expose the fragility of the modern subject, its authenticity, ethics, and its very place in the world, so we are hoping that eventually The Good, the God and the Guillotine will reveal the potential that music offers for us, as a company, to respond to a changing world and our shifting aesthetic sensibilities. In approaching Camus’ text, we’ve decided to use almost none of the original writing and to instead create a new text. We’ve created eleven ‘chapters’ that respond to each chapter of the novel and prologue and epilogue chapters that capture larger thematic concerns.
What you will see tonight is our first draft of a selection of these chapters; a first attempt at putting all the elements together. Please share your thoughts with us about what we are doing in a generous and open spirit after the show during the post show discussion. We need your input to help us understand what we’ve made and how it reads to those not in the process. You can also talk to us in the bar afterwards or send your thoughts via email to admin@proto-type.org. We’d love to hear from you.
Peter Petralia
Founding Artistic Director
26 January 2013

Proto-type Theater’s
The Good, the God, and the Guillotine
A response to Albert Camus’ L’Étranger in thirteen theatrical chapters
Written and directed by Peter S. Petralia

Here are some images of our process so far: 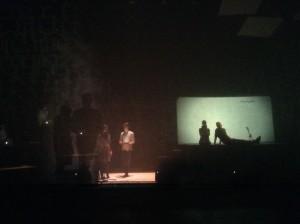 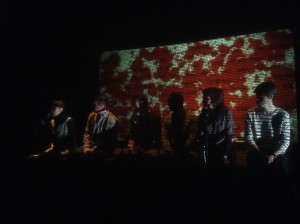 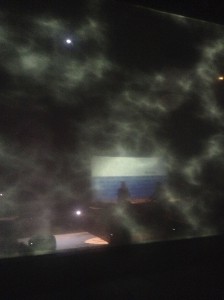 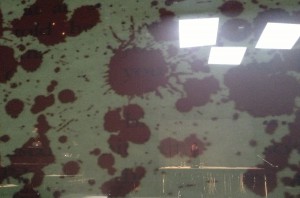 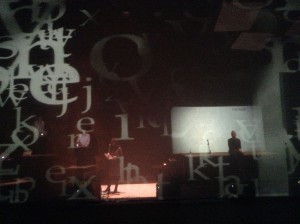 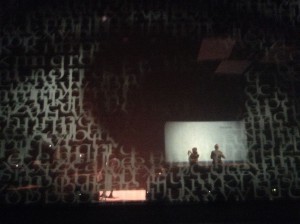 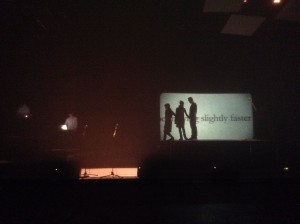 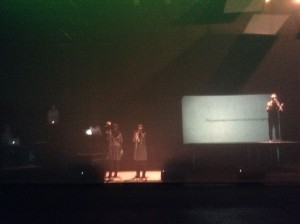 A god and a guillotine
Photos by Jonas Hummel