We’re at Bridgewater Hall today to see the BBC philharmonic play live to the Planet Earth Film. Excited for a cultural, musical experience in Manchester! Here’s are view: 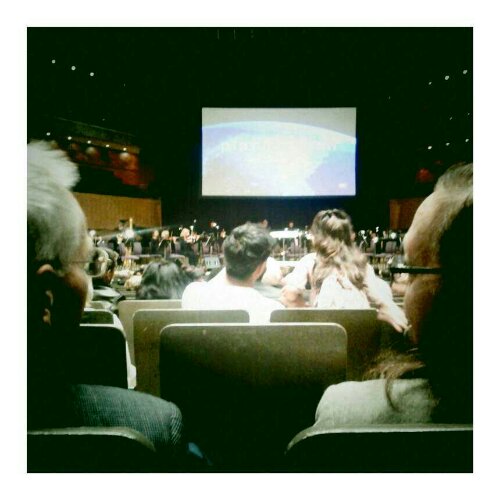 And here is another one now that the orchestra are warming up: 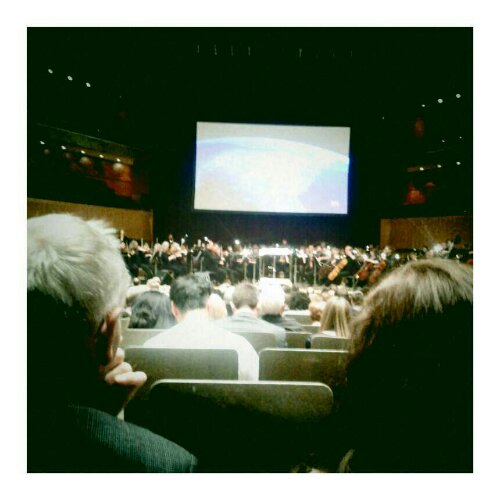 The concert itself was pretty good, although the size of the film projection screen was way too small for the space. The music sounded fantastic in Bridgewater Hall, although the music itself was the predictable, inoffensive music that you imagine being background for film sequences. It was a really pleasurable experience in most ways though; we both particularly liked that the composer/conductor gave small introductions to each section that helped to contextualize what was to come next. It was also inspiring just to be in the same room with such incredibly talented musicians. The highlight for me was hearing them play a Gershwin number that paid tribute to the camera people who shot the Planet Earth series. It was clear that the musicians could really play when they had something juicier than the slightly elevator-music score from Planet Earth. My summary is that it is definitely worth going to see for an overall pleasant experience – but not for an adventurous musical journey.

New Furbies (!) and an excellent paper about mobile phones and intimacy