Skip to the content
This was posted on LinkedIn Pulse a few days ago, but wanted to make sure it had a home on my blog as well. 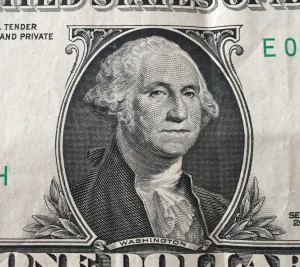 I don’t understand why there is so much secrecy around what people earn. In my field, there is a very strict code of conduct that says that we are not allowed to share our salary with each other, and salary information is very rarely shared beyond a limited pool of people. The logic, I think, is that this gives HR the flexibility to make exceptions for special needs and specific talents in moving outside of salary bands. But, in reality, what happens is that everyone speculates about what others make and the assumption is always that other people make more than they actually do. This leads to employees feeling like they are under compensated compared to their colleagues, a conclusion based on misinformation, or no information at all.
Sites like Glassdoor try to shed light on what people earn by asking for people to submit their salary information anonymously. In my experience, however, the numbers on Glassdoor are never right. In roles where I’ve had access to salary information, Glassdoor almost always had the numbers wrong – in both directions (too high and too low). So we have misinformation even in a source that is meant to provide some guide rails for what we should be earning at a given title, in a given industry, and with a given company.
I think salary information should be transparent, as it is in non profits where at least the top salaries have to be publicly reported. The same thing now applies to publicly traded companies.  Too bad it ends at the c-suite. By making this information transparent, it would enable companies to talk honestly about why people are compensated the way they are. Being open might also expose issues related to the gender gap in salaries, something Obama has been very critical of and has been working to address with congress and executive actions. It makes sense, sometimes, that two people with the same title have different salaries. We are not all robots who fit neatly into boxes and we all bring unique skills and experiences that require compensation. Sometimes we are asked to go above and beyond our role and make personal sacrifices that might necessitate a different salary structure. But sometimes the pay differential is just down to poor negotiation and even nefarious behavior. By being open about compensation, the conversation would move away from employees speculating that they don’t make enough money for what they are doing to discussing what the actual value of a set of skills and experience is and should be.
Some of the newer recruiting/job sites like Hired have started to provide the salary in the job description with a non-negotiation clause. This is a good start as it at least ensures that the conversation can be about the role itself and a person’s fit to the role as opposed to being about trying to get as much money as possible out of a negotiation (granted Hired is limited to very specific types of roles). When I worked in higher education in the UK, salary information was relatively public via published salary bands, so you at least knew the range that you were in.
I know that HR professionals will cite a number of other reasons that they think this information should be kept private including the very real fact that wages change as the economy shifts and as company performance changes. Regional variations in cost of living are also part of the reason that HR professionals may think that salary information should be private. There is a perception that making this information transparent will result in chaos and/or debates that companies are not prepared to have. These things are all possible, but making the information private doesn’t solve the problem, it exacerbates it. The debates are already happening, so why not remove the cloak of secrecy and make them honest discussions?
What benefit is there to secrecy? None. In fact, a recent Glassdoor study suggests that transparency in compensation is good for business in myriad ways. If you haven’t read the report, and you work in HR, you should download it today and give it some thought. I wish I could make a big statement by posting my salary right here, but if I do, I’d likely lose my job.
Share
Share List

Sicilian Summer
Not Everyone Should Be A Manager

A day in photos…. travelling to Zimbabwe

A very short post after a very long time 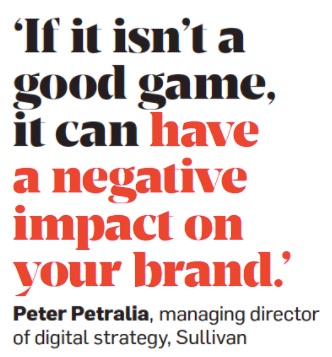 Why are brands investing in video games?